Those hit hardest by the climate crisis are often those least at fault, and those with the fewest resources to cope. This is the bitter injustice for which professor Joyeeta Gupta wishes to raise awareness. Her work and research aims to make a significant contribution to global justice on the road to sustainability. ‘Those causing the problem should take responsibility for it.’

Joyeeta Gupta is a Professor of Environment and Development in the Global South and Faculty Professor of Sustainability at the University of Amsterdam. She is also co-chair of the Earth Commission: a group of prominent researchers who formulate safe future goals for humans and the planet, focusing on global justice.

Gupta's academic research also draws attention to this aspect of climate change and sustainability, ranging from the position of the Global South in the various climate boards, to the disproportionately large impact of global warming experienced by this region. We spoke with Gupta about how sustainability and justice should be considered related issues, and the many ways in which they interact with one another.

The Right to Sufficient Food and Energy

Let us look first of all at the basic right to sufficient food and energy, one of the established sustainable development goals. For nearly half the people on the planet who need to live on less than five dollars per day, economic development is essential to provide for their basic needs. ‘This situation is at odds with our overconsumption of the planet’, Gupta explains. ‘When it comes to resources, it means that we need to start distributing them fairly, and using them differently. Especially where people have more than enough.’

What are Sustainable Development Goals?

Sustainable Development Goals, or SDGs, are a set of seventeen goals intended to make the world a better place by 2030. They were drawn up in 2015 by members of the United Nations (including the Netherlands), and serve as a global sustainable development agenda. The goals include the elimination of poverty, elimination of hunger, clean water and sanitation, and affordable and sustainable energy.

Gupta urges for suitable projects for different countries in the fight against climate change that will adequately address this developmental need. ‘In the west, we have enough wealth to take a different view of economic value, one that is expressed in terms other than assets and growth. We can afford to prioritise our welfare, and take less advantage of the planet. To us, “more” no longer means “happier”. But for a poor country such as Burkina Faso – where welfare is still very much linked to economic growth – the challenge lies not in reducing consumption, but in making it sustainable, and ensuring that they are not on the road to overconsumption.’

The UN Paris Climate Agreement aims to limit global warming to a maximum of 1.5-2 degrees Celsius. To this end, 196 countries have made joint agreements on the reduction of greenhouse gas emissions and transitioning to a low-carbon society. The agreements came into force in 2020.

Fair Distribution (and Facing Out) of Fossil Fuels

Meanwhile most of the remaining fossil fuels are now located in the Global South. ‘This means that if we wish to limit greenhouse gas emissions as set out in the Paris Climate Agreement, the responsibility for not using fossil fuels will automatically come to lie on the south. And that is unfair’, Gupta posits. ‘What is more, western companies (including our pension funds) and government authorities continue to invest in fossil-fuel projects in the south, instead of trying to make sustainable energy more affordable.’ Gupta believes this to be problematic, since the south will either be boxed into a fossil economy, or left behind with stranded assets if the projects are terminated prematurely.

Another aspect of justice concerns the distribution of the damage caused by pollution and global warming. ‘Those affected the most are not those who are causing all the climate problems. We must be aware of which parts of the planet are in the most immediate danger, and use that information to determine our safety strategy for humans and the planet.’

Despite the many floods and wild fires we saw in the north of the planet, Gupta points out that there is still a clear imbalance between the north and the south when looking at the impact of climate change. ‘The south is suffering far more, and is subject to great environmental injustice.’ The north is also far better equipped to deal with the effects of global warming, Gupta adds.

She believes that creating a just and sustainable world needs a ‘no-harm strategy’: do not be a burden to others, and if you do so, take responsibility for it. ‘The concentration of wealth in the fossil fuel industry is enormous. All companies in this sector can and must take their responsibility', says Gupta. One major problem in this regard, Gupta notes, is the growing influence of multinationals that have plenty of money and power, ‘often more than governments’, but little interest in such a no-harm strategy and equal distribution.

One thing Gupta has noticed is that policymakers are now more open to discussing global justice issues than they were ten years ago. ‘I now have more conversations about the inequitable impact of climate change, and people are more open and willing to talk about the failing model of economic growth.’ So people are prepared to talk, says Gupta, however this talk does not yet lead to action. ‘Our narrative needs to focus on generating widespread support for these policies. How can we transition from a growth-based to a welfare-based model, and how do we finance it?’

Faculty of Social and Behavioural Sciences 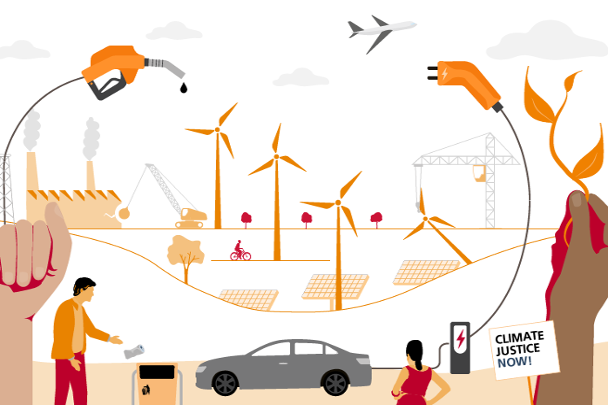 Scientists in the Social & Behavioural Sciences make an important contribution to a sustainable world. They investigate how societies and people deal with climate change and how to change course. Learn more. 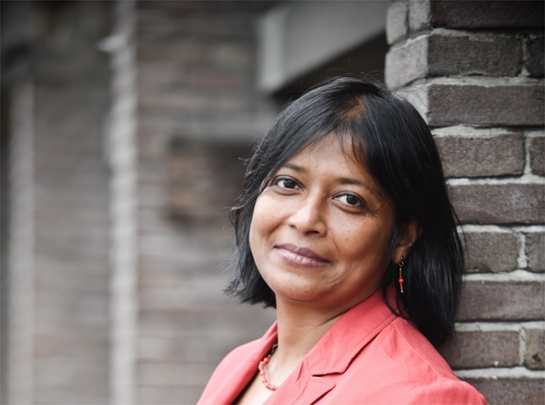 To combat global warming, we have to stop using fossil fuels. This will have a major impact on both investors in related industries who will have to write off trillions of dollars and developing countries that had ...

The UvA website uses cookies and similar technologies to ensure the basic functionality of the site and for statistical and optimisation purposes. It also uses cookies to display content such as YouTube videos and for marketing purposes. This last category consists of tracking cookies: these make it possible for your online behaviour to be tracked. You consent to this by clicking on Accept. Also read our Privacy statement

Cookies that make it possible to track visitors and show them personalised adverts. These are used by third-party advertisers to gather data about online behaviour. To watch Youtube videos you need to enable this category.